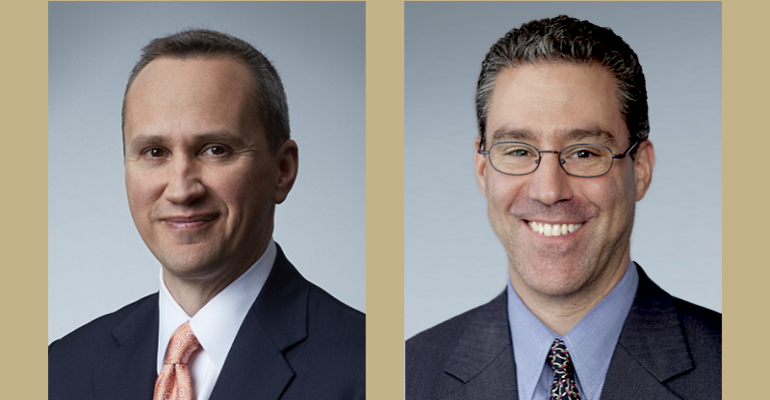 Q. Erik, today’s valuations seem to make sense only in a world where we see sustained levels of strong economic growth for the next several years. How likely is it that the rebound in growth that we’re experiencing today will persist?

Weisman: The odds are that the combination of extraordinarily large monetary and fiscal policy measures undertaken so far and likely to be undertaken in the months ahead will support the economy in 2021, especially if we achieve herd immunity from the coronavirus before too long. Additionally, we expect a significant chunk of the savings that many households have accumulated during the pandemic to be spent as people return to restaurants and shops and resume travel and the like. Taken together, these developments should support growth for a time.

The question then becomes one of sustainability. Policymakers are anxious to avoid the permanent economic scarring that seems likely to take hold if fiscal support is withdrawn too soon. In my view, another meaningful relief package is necessary and will probably largely pay for itself by forestalling permanent damage to the economy. Another package could help bridge the gap from today’s worsening pandemic crisis until the point where vaccines can be widely distributed and life returns to something approaching normal.

Q. Once the gap is bridged, does the outlook become clearer?

Weisman: That’s the key question. What will growth look like when the pandemic has passed and the fiscal and monetary support begins to be tapered back. One concern is that while we’re acting to prop up the economy in the near term, systemic problems aren’t being resolved, only postponed.

However, I expect a supportive monetary and fiscal environment for quite some time. There should be significant pent-up consumer demand in the pandemic’s aftermath. Corporations are likely to delever only gradually and government isn’t likely to delever very much by implementing fiscal austerity. Against that backdrop, there could be scope for some of that liquidity to find its way into the real economy rather than merely boosting financial assets.

Q. Are some of the cultural and socioeconomic shifts in economic activity brought on by the pandemic likely to be permanent?

Weisman: It seems as though the pandemic has accelerated some labor market– and productivity-enhancing behaviors. For instance, the work-from-home phenomenon could increase labor participation. It’s not hard to imagine high-productivity workers who are approaching retirement age staying in the workforce longer if they are able to work more flexible schedules or don’t need to commute regularly. Similarly, it may be much easier for those who want to work part time to do so from home, again supplying more hours worked to the economy that wouldn’t have been available before. However, the flip-side is that some sectors of the economy, like brick-and-mortar retail, are withering away more rapidly, which will displace a significant chunk of hours worked.

Q. Rob, we’re coming off a 2020 in which the market has looked past really dire short-term fundamentals and instead focused almost exclusively on a post-COVID world with accelerating profit growth. Do you think the robust gains we saw in 2020 will be sustained in 2021?

Almeida: A jump in economic growth lifts all boats. My guess is that we get strong profit growth in late ‘20 and early ‘21 and that S&P 500 earnings live up to the expectations of a 20% to 25% increase. In my view, the earnings jump will come from companies that enjoy lots of operating leverage, having cut costs dramatically last spring during the worst of the pandemic. An economic rebound will prompt a revenue boost against a much lower cost base. This helps explain why we’ve lately seen companies with high operating leverage outperform those with lower levels, why, for instance, value has outperformed growth, why small cap has outperformed large cap and why cyclical plays have outperformed secular stories. One example: Banks generally have had huge operating leverage during periods of strong economic growth while real estate investment trusts have had very little.

Q. What could upend that fairly optimistic view?

Almeida: I fear that the adrenaline central banks and fiscal policies have been providing to the global economy will wear off at some point. What will investors be left with then? I think they’ll be left with prepandemic economic growth rates of around 2% and the same falling profit margin trajectory already begun in 2018 before the virus hit.

Almeida: If we’re being honest, to long-term investors today’s valuations shouldn’t matter that much, assuming the fundamentals prove accurate over the coming five or ten years, but valuations become a concern when they are at extreme levels or when fundamentals deteriorate. With cyclically adjusted price/earnings ratios at their second-highest level on record, surpassing the mark set ahead of the 1929 crash and exceeded only by the late-1990s tech bubble, we think today’s valuations can be classified as extreme.

Q. What about fundamentals?

Almeida: Fundamentals have been a concern for some time, and the pandemic has only made them worse. Revenue growth, for example, has been falling for over a decade. And because CEOs have the wrong incentives, they’ve taken to extracting value from stakeholders rather than adding it:

To sum up, the quality of earnings pre-COVID was pretty poor because the levers being pulled to produce the profits often lacked durability. In my view, a quick vaccine rollout or another stimulus package won’t solve the structural problems or the extreme valuation levels that we just outlined. Markets are priced for a much stronger fundamental backdrop, and they’ve been pumped full of central bank anesthesia, which dulls economic and financial pain but doesn’t cure the illness. Sure, the stimulus is powerful, but much of that is already in the price. Ultimately, we remain concerned about the sustainability of recent trends.

Q. So Erik, to sum up, what are markets telling us?

Weisman: I think they’re telling us that they anticipate a more robust economic growth and corporate profit backdrop than we experienced in 2019 just before the pandemic. While financial markets are short term, they’re also smart, so Rob and I don’t necessarily have a unique view in this regard. However, long-term investing is ultimately about differentiating between short-term noise and long-term, thesis-changing shifts in fundamentals.

Q. What do you foresee over the longer term?

Weisman: Although the interventions undertaken over the past year have been beneficial in the short run, they’ve not been costless. They’ve despoiled even further government and central bank balance sheets, and eventually the debt buildup will need to be reckoned with.

Q. Rob, how does the short-term look compare to your outlook for the next 5 to 10 years?

Almeida: Vaccines should allow society to return to some version of normal before too long, and profits will improve in the near term, but they won’t reverse more than a decade of malign financial engineering. They won’t reverse the disinflationary impact that technology brings with it or the increased commoditization of high-cost legacy industries. Vaccines won’t immunize companies from more investors calling for a focus on stakeholders and not just on shareholders. Safer working conditions, better wages and lower levels of pollution are not cost free. I suspect markets can look past these risks for only so long. Our job is to try to determine which investments can withstand these risks and which can’t and to act accordingly.

Q. Thank you both.

The views expressed are those of the author(s) and are subject to change at any time. These views are for informational purposes only and should not be relied upon as a recommendation to purchase any security or as a solicitation or investment advice from the Advisor. No forecasts can be guaranteed.
Unless otherwise indicated, logos and product and service names are trademarks of MFS® and its affiliates and may be registered in certain countries.

The S&P 500 Index measures the performance of the 500 largest US publicly traded companies in the US equity market.